Prof. Augustus Nuwagaba has a PhD in Poverty Reduction 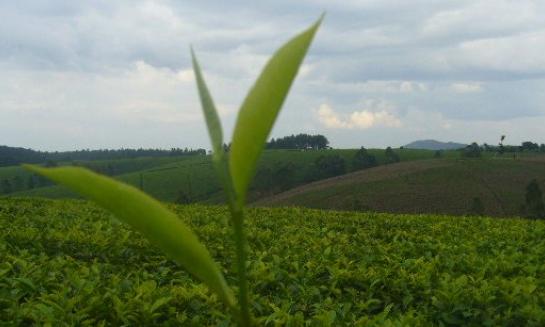 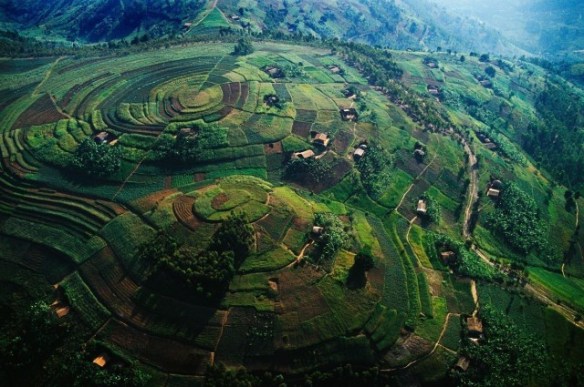 On February 28, 2015, I received a Facebook notification. Atwiine Allan Beine has tagged you in his post, it said. I studied with Allan at Kigezi High School, the very few months I spent at Kabale Trinity College and for four years at Makerere University where we both studied Law. This background is important. Allan is one of those people who do not conform easily. He has since not followed the legal practitioner path and is now a business man, specializing in real estate and farming. I take his opinions seriously.

Below is the post, in full, that he tagged me in.

On the 23rd of Feb 2015, I read your article in one of the leading dailies encouraging the people of Kigezi to plant tea and emphasized that it would transform them economically.

I beg to disagree with you and this post is a humble response. I also beg to be corrected if I am wrong.

First and foremost, I am reluctant to believe in the growing of a perishable crop, which can not be profitably transported over a long distance in its raw form. This means that the producer of that crop is left at the mercy of the buyer who owns the factory that does processing. This entrepreneur will most probably determine the price (as minimal as possible to keep the farmer in the enterprise) as well as determine when to pay. Kabale in particular has previously embraced seemingly good projects that came with a promise of transformation only for farmers to be disappointed. I refer you to the artenesia & pyrethrum projects. People were devastated.

Secondly, Kabale has for the last century experienced challenges of land scarcity and fragmentation. You and I both know that its very difficult to come across one family that owns 10 acres of consolidated land. In my sub-county, which is Kaharo, I can not mention even 10 families. How do you expect these families to balance tea growing together with other food crops?

If tea growing is embraced as you want it to be, do you realise that we face a danger of food insecurity? One of the largest tea producers, Uganda Tea Corporation headed by Mrs Yvonne Mehta along Mukono-Jinja, has aproximately 2000 hectares of land for the project. Even then, only 1200 hectares are covered by the tea plantation. The rest is for forestation and food crops. May we borrow a leaf from that?

You have said that families with less land may indulge in growing of tea seedlings which they can sell. Its true, growing of seedlings is highly profitable-but only if you have many tea seedlings and a ready market. On average (I know you have such a project in Ndorwa), you invest 180 shillings in a tea seedling for it to be eligible for purchase. I am told that at the moment, a tea seedling is purchased on 450 shillings. The gross margin is enticing.

But tell me, Mr Professor, how many rural families have the logistics to have a nursery bed of 500,000 seedlings for the venture to be profitable? We are talking about a project with an initial investment capital of 90,000,000/= to earn you 225,000,000/= assuming there is ready market.

Mr. Professor Sir, with all due respect, I will request you to read the 2009 report of International Food Policy Research Institute titled “Analysis of Relative Profitability of Key Ugandan Agricultural Enterprises by Agricultural Production Zone” specifically page 23. The profitability analysis of tea/hectare is put at a range between 382,075sh and 2,233,566sh per annum. Tell me sir, how such a family will ever pay tuition fees for a university student.

I want to bring it to your attention sir, that for one to get high yields in a tea plantation there is a heavy use of nitrogen fertilisers. This eventually has effects of soil degradation and pollution.

The above brings me to the question, what then is the most suitable agricultural intervention enterprise suitable for Kabale?

The answer, in my opinion, is fruit growing. I will particularly single out apple growing. In a layman’s argument, do we import raw tea? No. Do we import apples? Yes. Therefore I am of the opinion that we should plant what we import. Somebody may argue about the forex earnings of tea but that’s not the primary project of tea planting in Kabale.

On a hectare of land, Mr Professor Sir, you can grow up to 250 plants of apple trees. At five years, each tree has potential to produce up to 600 fruits per season i.e. 1200 fruits per annum. Those are aproximately. 30,000 fruits/ha. Assuming the farm gate price is 300sh, you have a gross earning of 9,000,000 shillings. Compare and contrast that with tea.

An apple tree has the potential to be fruit bearing for up to 100 years. In temperate climates that experience winter, apple tress shed leaves in winter before flowering through a natural process but that cannot happen in Kabale. This is a God given natural advantage that whereas other regions have only one season we have two harvesting seasons.

Once again, I stand to be corrected if I am wrong, but as it stands now, I strongly believe that tea growing will be a disadvantage to Kabale.

You can find Prof. Augustus Nuwagaba’s opinion in The Monitor here to contextualise the discussion.

Important points were made, the professor himself joined in the discussion. Below I reproduce some of the comments, for which I have received permission to republish, from the authors.

Starting with my own comments:

My two cents are,

1. Why can’t we continue producing food crops to feed our families and sell the surplus to those who can add value to them, say emondi, I grow to eat and sell the surplus to those making emondi crisps and chips. A crop that you can’t survive on in food form is dangerous. They brought us senturuma, it destroyed our soils. Now some runaway capitalists are marketing tea growing to us aware that we have no extra land on which to grow it without sacrificing land for food crops.

2. What really is wrong with subsistence farming except that it doesn’t benefit non producing capitalists who benefit from non tangible production say those in the marketing and other chains? Let us first feed ourselves. Let us care about our basic needs first.

3. I agree fully with Atwiine Allan Beine, Ambrose Budman Niwagaba and others who oppose tea growing in Kabale.

There is already much food scarcity and people with limited resources (like the Banyakabale) are better served getting themselves food security first. If we don’t spend on food and are not starving, we’ll be able to engage in other commercial activities, to enhance our living. Food security is a bigger problem and accounts for a more basic need.

Well, this discussion is really very interesting! As a tea farmer and a Kabale person who is also interested in tea in the greater Kigezi, it leaves me on the fence and not sure if the wind blows where I would fall! My grandfather was among the first people to grow tea in Kayonza – Kanungu in the late 60s and later on, became a chairman of Kayonza Tea Growers factory, the tea plantation that he planted in 1960s and early 70s is still standing and benefiting the family mpora mpora! So, yeah, tea is a cash crop which you can have a plantation of, for very many years as long as you maintain it well.
Atwiine, I am not sure about the statistics of production, but I think Kayonza is way ahead of Igara and Madhivani on both quantity and quality. In East Africa, Kayonza tea has the highest prices at the Mombasa tea auction market. As for using nitrogen fertilisers, actually for new plantations, the best way would be to go organic and green (not the color but the brand description). Organic tea would then command even higher prices and better revenue for households.
As for ownership of the factory, In Kanungu, Garuga has recently opened two factories, one in Kayonza and the other in Rugyeyo. When Uganda Tea Corporation was privatised, Kayonza tea factory was bought by the farmers union which runs it up to now. So there is space for farmers to organise themselves and own and manage a community asset. Of course community and local politics not withstanding. This is very good for the farmers in Kanungu since they can actually decide who they sell their tea to. So currently the green leaf prices are in market equilibrium in Kanungu since the two owners/ markets keep checking each other.
But Atwiine, Ambrose and Bwesigye, you raise important points on land availability. A crop like tea needs enough land for one to benefit. of course these are basic economies of scale. Small mini acreages don’t benefit the farmers as much, they just maintain the farmers’ living. But you could also say that even when Kigezi is over populated, it does not have the highest population density that can prohibit tea growing! Look over the shoulders to Rwanda, they have the highest population density in Africa (over 11 million people squeezed in a country just slightly bigger than Kigezi) but they produce enormous quantity of tea (my professor here told me he drinks only Rwandan tea for the last 25 years) and the country is not food insecure!
But to benefit from this, there needs to be a general shift in the development landscape of Uganda! People are so scattered, providing public services is expensive for the public service provider and this gives an illusion that land is not available. What Rwanda has done to free up more land for large scale agriculture is to create imidugudu (small towns and centres) in which people are settled, services provided and land freed for both food crops and cash crops. But doing this in Uganda is close to impossible!
So, enough said, we need to look not only at the economic activity but the political economy that facilitates such shifts to succeed. This needs not to be politicised (as I see Prof Augustus Nuwagaba doing – when he is “talking to the farmers” in NRM bandanas and t-shirts) because this is not just a tool for political capital but a venture that can stay on decade after politically leaning people have left the dancing stage. In the meantime, I will return to Kayonza and see how my grand father´s tea plantation is doing (I am planting more soon).

The conversation is an ongoing one. The professor spits economic growth figures as important for the people of Kabale. I have failed to see how economic growth figures really mean better welfare for people who are being advised to lose control of their food crop production, aware that they eat this food, and sell the surplus. I do not know why so-called educated people do not see through the bastardisation of subsistence agriculture. In another forum, I have asked why we think that paper and metal (money) are more important than actual basic needs like food. To buy the type of food people in Kabale grow and consume may take a lot of tea leaves grown on a larger piece of land. Someone needs to debunk this ‘development’ by economic growth figures lie. Do you think the people of Kabale should invest any land, effort, money and time in growing tea? I am all ears.

I have been silent. Have I? Today, I guest blog at Africa in Words on a subject, very close to my heart. Law and Literature. Go over there and read my take on how we train law students in East Africa today and how Literature can be useful in reforming our current methods. You will read more from me, about Law and Literature moving forward. Thanks for reading.