You have become the news itself in recent times in a very interesting way. You constantly talk of intellectual engagement and debate in a way that restores hope for those who stop at listening to you, and ignore what your detractors say. I am one of those who love reading a well-reasoned argument and I have enjoyed reading those from you. I have of course also enjoyed reading and listening to your chest-thumping jokes, like the 2005 one, where you called Museveni a villager and called yourself a better President, and a security expert. Most recently, I loved your assertion of self-definition. You are Andrew Mwenda’s version of Andrew Mwenda, not what your fans and detractors perceive you as. Admirable.

So, what is my problem? Why am I writing to you? I seek knowledge. I come to you for some elucidation on some things you have been saying/writing in recent times. The talk about occupying ‘intellectual’ spaces. The ‘worship’ of everything Socrates, (maybe even his fart?).

One of my friends Aaron Aroriza questions what it means to be an intellectual (while disqualifying himself from the tribe of intellectuals). I know that this is an old debate, and a definition may not suffice soon. But what do you mean Andrew, when you refer to ‘intellectual spaces? What context are you thinking of? In a European/American context, the debate is a non-starter. Those spaces are clearly demarcated. Capitalism has appropriated them to sustain its unsustainable non-human self. This is why you are ranked among the Top 100 Global Thinkers by Foreign Policy etc. As you know, Daily Monitor, or even your own The Independent does not have such rankings for Uganda’s thinkers, or the Global Thinkers for that matter. So, when you speak of intellectual spaces, do you want to define Uganda’s media space as such?

I do not want to offer the universities and other academic institutions as the closest we can come to finding Western intellectual spaces in Uganda. I assume that you and I agree that Makerere’s ambition of not becoming herself, but a Harvard of Africa (a duplicate of sorts) is misguided and very sad. This is what brings me to your fanatic worship of Socrates. I agree with some of the notions that the man espoused. Indeed, because of the education I have received, the Athens of Plato, Aristotle and Socrates is attractive. But is it good for me? Is it good for the Ugandan context? Is it even relevant? 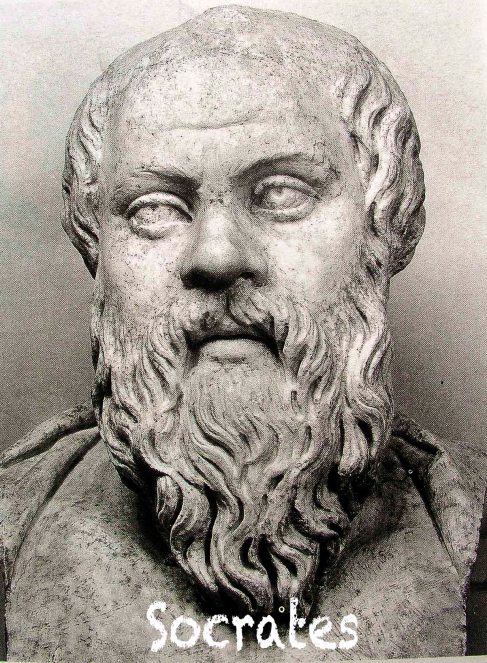 is Mwenda becoming a Ugandan Socrates?

I want to refer back to your views about the ‘Development’ of Kampala as a city. You have been full of praises for Jennifer Musisi’s policies of ‘developing’ the city. I call this phenomenon the New-Yorkisation of Kampala. I do not want to go into the colonial mindset, the civilise those who are not like you way of thinking. Turn everyone in the world into a shadow of yourself. Define development as the Westernisation of the world. I once read from Charles Onyango-Obbo, that Kampala may have a poor sewerage system because we have small pipes, meant for light White pupu, yet our people eat very organic and heavy foods thus their waste is too much for the small European pipes!

Andrew, when you refer to intellectual spaces, do you think of the thinker who knows that Socratic ideals may not be relevant to them and their society and thus have evolved their own ideals, which do not earn them a Foreign Policy Thinker ranking? Do you think your Batooro ancestors did not develop models of thinking? Do you think their organisation of society was thoughtless? I assume that you actually hold your ancestors’ philosophy and knowledge in high regard (my assumptions may be contradictory though). When you go to rural Tooro, do you see traces of ancestral philosophy, and organisation of society at play?

I will tell you of the Kiga. Whenever I go to Nyanja, where I grew up, I see things that have been written in books about the Kiga of old, still alive in how society is organised there. I have argued elsewhere that the success of the Local Council courts in our communities is due to the similarities these courts have to ancient justice systems, like the one the Kiga enforced. My thesis is that defilement, robbery and other cases are most likely to end up at the LC 1 court, because the courts espouse an idea of justice closer to the people’s philosophy than what the so-called ‘formal’ courts enforce. Of course the formal system came by force, let us call it the European system, and so did the education system, and indeed did Socratic ideals. The superiority undertones of these culturally specific systems could not allow them to see the humanity in the systems that the colonised organised themselves under.

Today, we see communities that still live by the systems and philosophies we have ignored or written off. They have evolved of course, but they have not turned into ugly imitations, mimicry of Western societies. We however pretend not to see them. The post-colonial state built on European ideology, and irrelevant to majority of its citizens works for the interest of those who created it. Not the Batooro, nor the Bakiga. Whenever the state makes a policy that is a little similar to our people’s philosophy, the policy works, even when the World Bank and other implementers of Euro-American hegemony oppose it. The LC justice system is the typical example. Andrew, does the intellectual space you refer to fit the society you live in? Does it even exist? Is it worthwhile, to create it?

I know that many are quick to label those they do not agree with as pseudo-intellectuals, so I will deliberately not say what I do for a living, because such titles are probably what blocks an important discussion we should have about our contemporary African society. You may not reply my letter Andrew, but I beg that you think about it. I trust my elder brother Simon Kasyate to remind you to look at it.